The walled city of Lahore conservation

Lahore, the capital of the province of Punjab, and the second-most populous city in Pakistan is also known as the “Gardens of the Mughals” or “City of Gardens” due to its Mughal heritage when it served as a vital part of the Mughal Empire (1524 to 1752).  This once fortified city has a concentration of monuments and buildings that reflect cultural diversity in architecture, and despite a dynamic and tumultuous past spanning several centuries, has retained much of its historic urban form.  Upon the completion of the Shigar Fort project in 2005, the Government of Pakistan requested that AKTC make technical contributions to the World Bank-funded area development “pilot” known as the ShahiGuzargah (Royal Trail) project, in the Walled City of Lahore.

The Walled City of Lahore is famous for several historic monuments, including the Lahore Fort – a World Heritage site – as well as the Badshahi and Wazir Khan mosques.  Close to 2,000 buildings within the Walled City display a range of architectural features that mark Lahore’s centuries-old cultural landscape.  A majority of these buildings and the mohallas (local neighborhoods) in which they are situated form a unique heritage footprint. 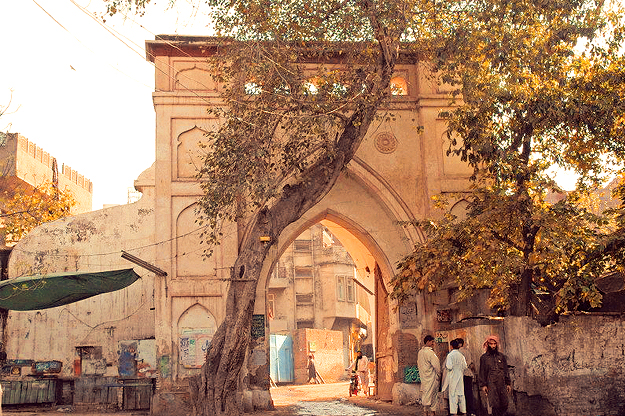 The work consequently carried out by AKTC and AKCSP was initiated under a 2007 public-private partnership framework agreement with the Government of Punjab.  The first phase of the project, completed in 2014, was comprised of the design and improvement of infrastructure services and the documentation of major Mughal period monuments. An important social and economic dimension aimed at poverty alleviation and the creation of economic opportunities for local residents was facilitated through community participation in the projects.  The technical engagement of AKTC continues currently on the basis of an MOU with the Walled City of Lahore Authority (WCLA).  The AKTC assistance program is likely to continue in the foreseeable future.